IN GLOBAL HEROES, WE SHINE THE SPOTLIGHT ON REGIONALLY CELEBRATED STARS WHO ARE MAKING A GLOBAL IMPACT

Eclectic French singer Petite Meller’s peculiarities are uniquely her own – hiding her tiny, childlike features behind two huge pink pools of blusher, dressing frequently in a Lolita-ish swimming costume, kissing a giraffe, or being carried around New York by a man with a green-screened balaclava mask instead of a face. She also happens to be studying for an MA in Philosophy at UCL in London.

All that doesn’t stop her from producing gorgeous, euphoria-inducing pop songs complete with sax solos, bongos, congas, breathy interludes and cutesy spoken word bits. These are all part of her own charmingly hyperreal world, also seen in her series of joyfully quirky self-directed videos.

Go inside her world with these two minutes of Petite filmed in Stockholm, exclusive to M•A•C Culture…

First, where does your extraordinary blusher come from?
It references a trauma I had. I was really badly sunburned as a child. I believe that you should wear your trauma proudly. To take what has made you feel vulnerable and make that your style. To be proud of it. At the beginning, people used to laugh at me but now my aesthetic and whole thing makes sense. People aren’t laughing anymore. I’m going to reference it in my next video, actually. 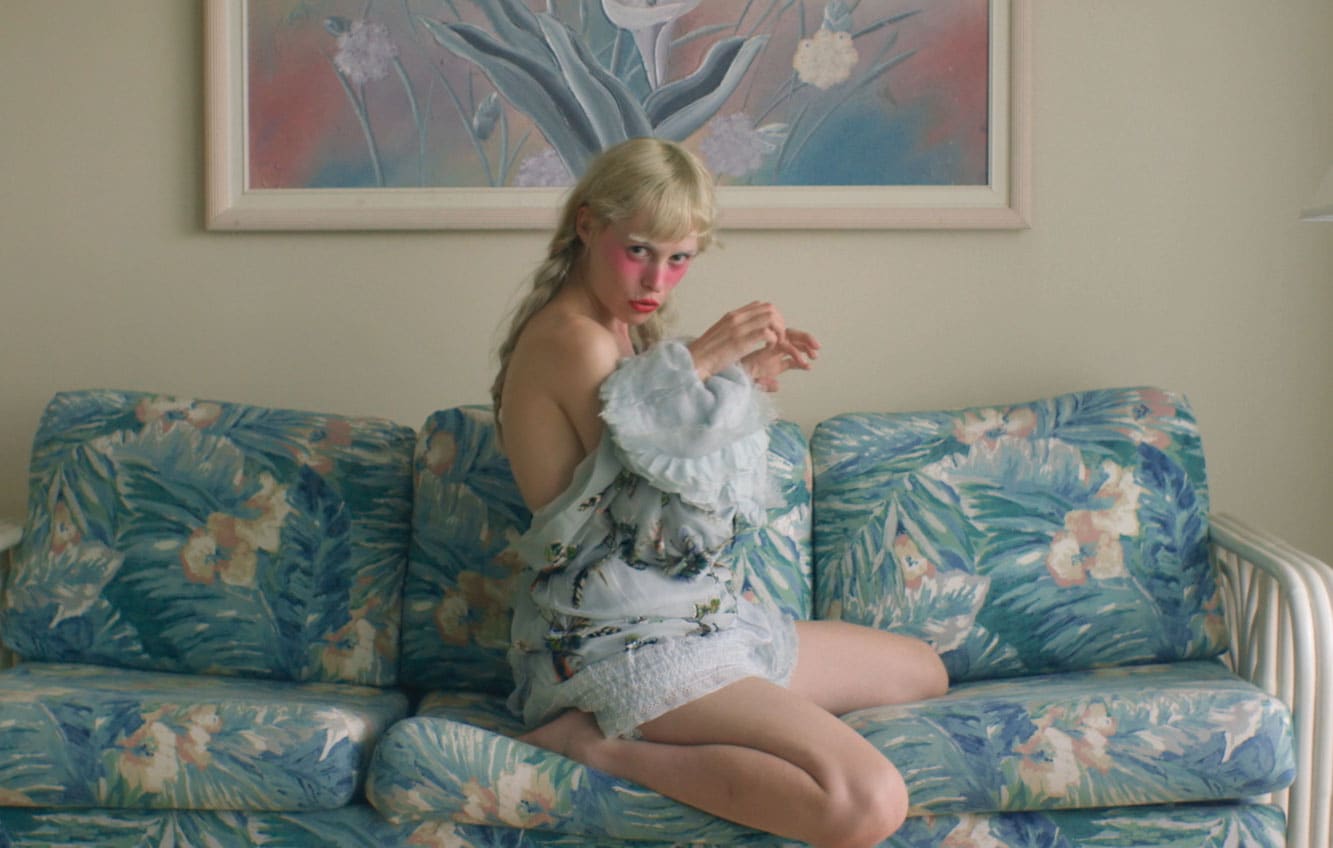 “At the beginning, people used to laugh at me but now my aesthetic and whole thing makes sense. People aren’t laughing anymore.” – Petite Meller

You direct your videos yourself. “Baby Love” includes you pretending to be a flamingo and kissing a giraffe, while “Barbaric” sees some serious choreography from an older crowd…
To me, videos make so much sense. It completes the story of the song. It’s what I leave behind. Everything starts with the sound, though. I write the songs first. With “Baby Love” it was big African beats with bongos and congas, so I knew it would be shot there. I have a colour palette for each video in mind, too. For “Barbaric” it was all about the orange and blue, which I got from classical paintings and As You Like It, which I saw at the Globe Theatre. The video for “NYC Time” was the catalyst for your music career, wasn’t it?
The man who would become my manager was coming to New York and googled NYC Time. My video was in the results. He brought me to New York and then to London, and got me working with this guy who made African music – he had worked on “Graceland.” He got me signed to Island records. It was a whirlwind.

As well as being a pop star, you are also studying for an MA in Philosophy?
At UCL. My thesis is about the sublime – it’s from Kant, a 17th-century philosopher. So, if you go to a museum and you see a painting, it might break your mind and take you to a place that is higher and closer to the divine. This is called sublime interaction. Sometimes you get it from drugs, from a spiritual experience or from art. This feeling you can’t describe in words, only in a negative way. It’s larger than language, in a way.

Does it get in the way of being a musician or does it add to it?
I don’t want to separate Petite Meller from the person who is studying. When I am writing and reading, it enriches my songwriting. Do you think that has affected the way you perform?
Yes! I played a festival this summer and I was shocked by the crowd’s reaction. You want to take people higher. You want to help them feel better. When I come off stage, I feel like I need to rest. I feel like I am exhausted – after the last show, I just had to disappear to calm down. You lose yourself with the crowd; you give them energy and connect with the people.

When did you feel like you were “Petite Meller”?
When I was young and started to write songs and record them on my tape recorder. I don’t think you become who you are – you reach a point where everything makes sense and the dots become connected. I was in a taxi once and I said to myself, I finally feel complete. Finally, I can do my own thing. I felt accomplished.

WANT MORE CULTURE?
SIGN UP TO HEAR THE
LATEST FROM MAC